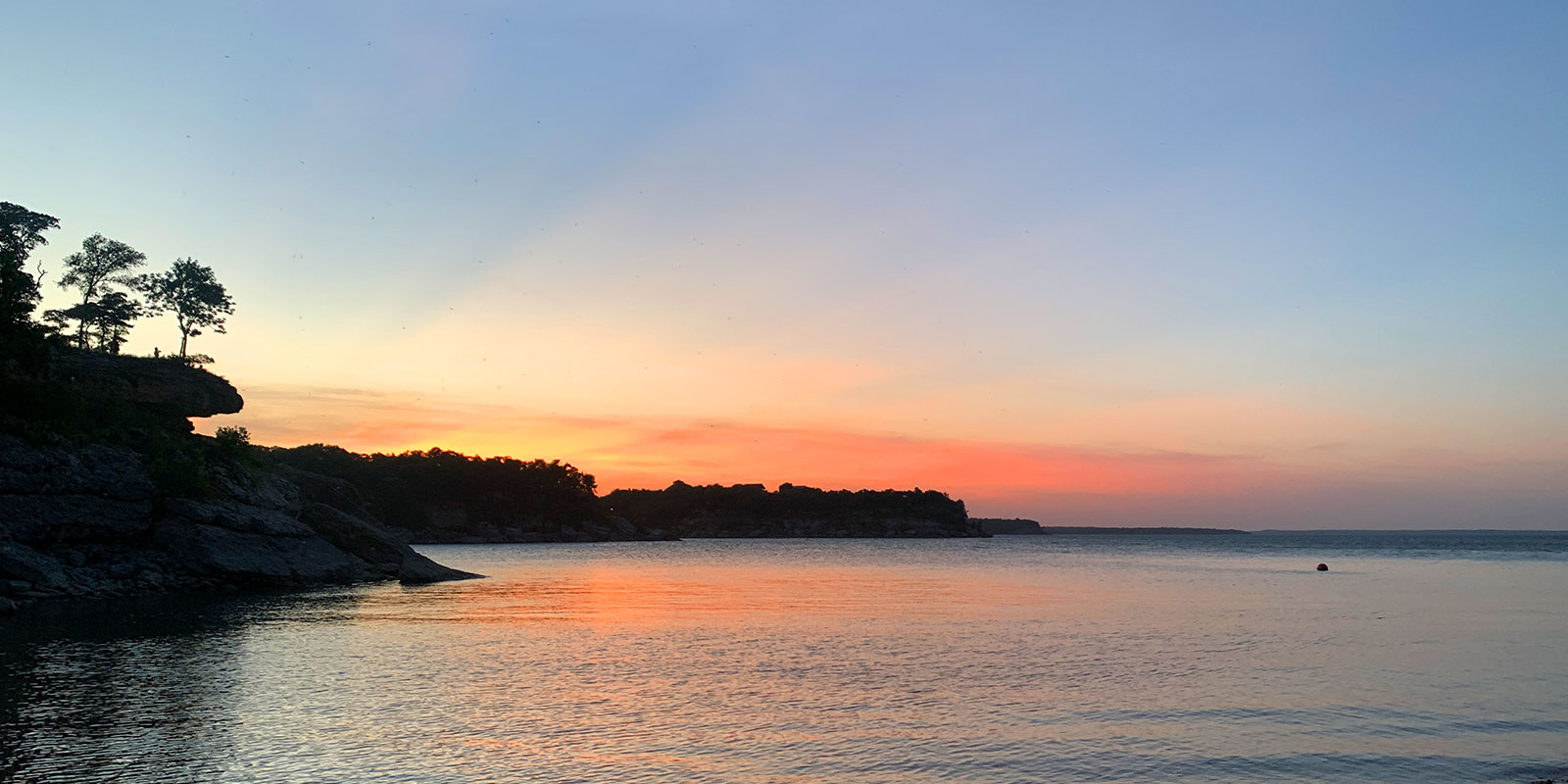 What Defines A Lake?

The simplest definition of a lake as this: a large body of water that is surrounded by land. Most lakes fall easily into this definition, and some may need to be shoehorned into it. For instance, where do we draw the line at “large”? When do we stop calling it a “pond” (more on that below…)? What does “surrounded” really mean – does a river lake count? Some lakes are essentially really wide sections of major rivers, with notable width and very slow-moving water, but all would agree that they are indeed a lake.

What Is A Lake Vs Pond?

Simply put, a lake is bigger than a pond. We can try and define a lake by depth, since some sources have defined a pond as a body of water that is shallow enough for sunlight to reach the bottom. That definition might fall apart when there are other conditions at play, like a very small but deep swimming hole, or dark murky water in a swamp or bayou.

What is adding to the confusion is that some lakes are called ponds. One that comes to mind is the 1981 film “On Golden Pond” with Henry Fonda. It takes place on a beautiful lake that you can apparently motorboat across for an hour, so large that you can (spoiler alert) get caught in a storm and not be able to find your way back home. Folks, that is not a pond, that is a lake.

Are All Lakes Freshwater?

No, not all lakes are fresh water. In fact, many have salt content, it’s just a matter of how much. Unless a lake is at extremely high elevation and is filled with pure rain water or snowmelt, it will have some measurable level of minerals such as salt that have been dissolved into the water that its feeding rivers have picked up along the way.

Can lakes be salt water?

Yes, lakes can be salt water. There are famous lakes that have a higher than average saltiness, such as Lake Texoma and the largest lake in the world, the Caspian Sea. Several lakes come to mind when talking about saltwater lakes, such as the Great Salt Lake in Utah, the Salton Sea in California, or the Dead Sea in Israel – all of which have a higher salinity (saltiness) than the ocean does.

Is a lake always fresh water?

No, a lake isn’t always fresh water, in fact most lakes have some measurable level of salt and minerals in them.

Are all ponds and lakes freshwater?

Ponds and lakes are not always fresh water. Minerals that are dissolved and suspended in a body of water vary greatly, and there are lakes with even more saltiness than the ocean.

At the end of the day, the official LakeHub definition of a lake is this:

A lake is a land-locked body of water that is bigger than a pond, smaller than an ocean and too slow to be a river.